Crescat has been recognized for high achievement with the following awards:

The Crescat Global Macro Fund was:

To be considered for the Hedge Fund Intelligence Absolute Return Award, a manager must submit performance to the HFM database. Selection as an award winner is based on the criteria and process set forth below by the organizer and may not reflect the opinions of all investors and industry experts.

Prequin performance awards are selected from data taken from Hedge Fund Analyst online sevices. The 2014 top performing funds were based on a ranking by net returns over the periods 2014 and 2012-2014.

Bloomberg performance rankings are selected by Bloomberg staff from data provided by hedge funds that report to the Bloomberg database.

There are no fees charged by the organizers for a manager to participate in the selection process for any of the above awards.

Past consideration for any award is not indicative of future qualifications.

With a 19-year audited track record since inception, Crescat’s Large Cap Composite ranks in the top 4% or better among the universe of 126 Large Cap Value Managers according to EVestment Analytics across the following and risk and return categories based on net returns (rankings as of 6-30-2018):

Analytics based on clients making use of eVestment platform. 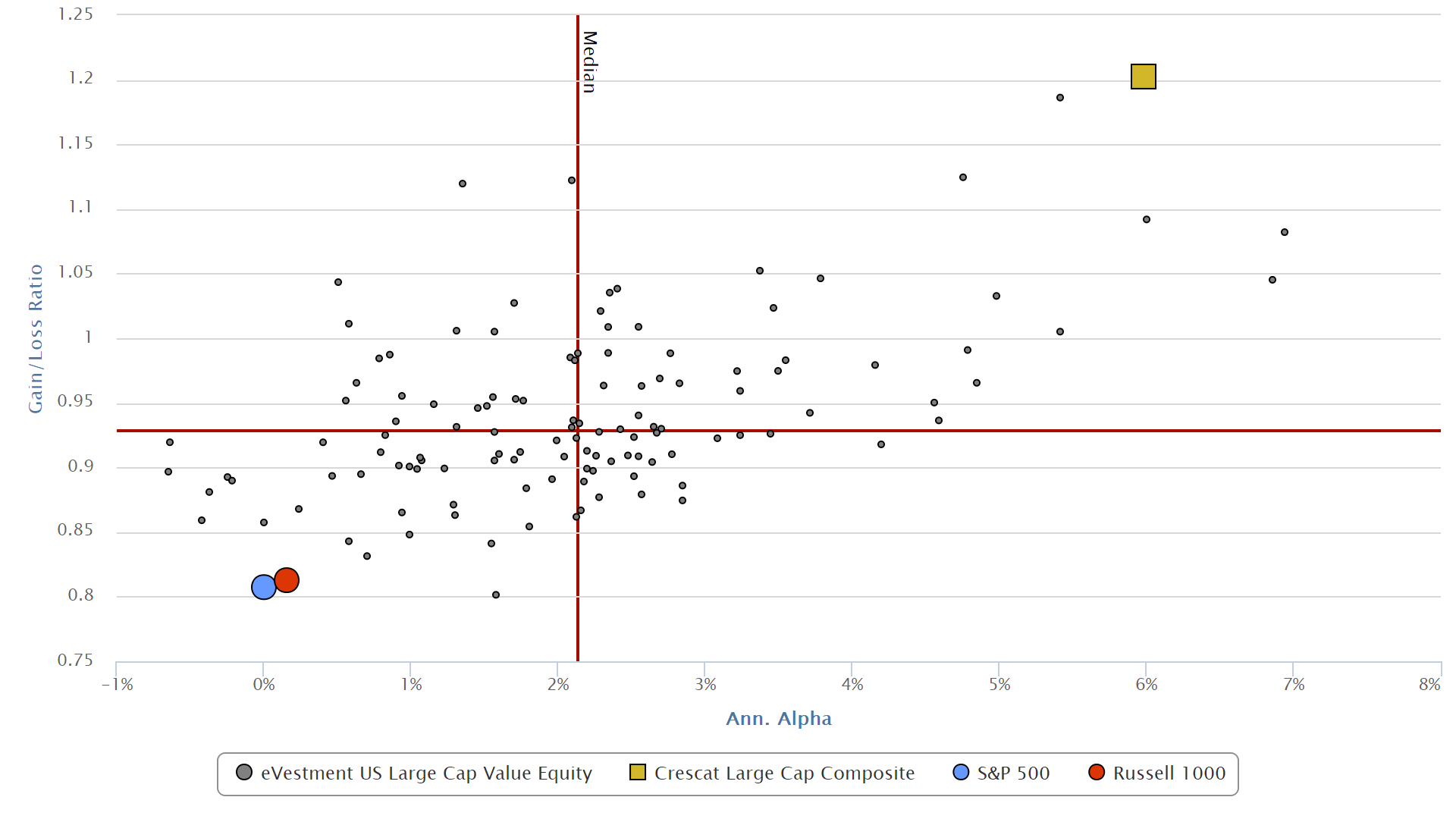 No award should be construed by clients or prospective clients as a guarantee that they will experience a certain level of results if Crescat is engaged nor should it be construed as a current or past endorsement of Crescat by any of its clients.